Because I Said So! 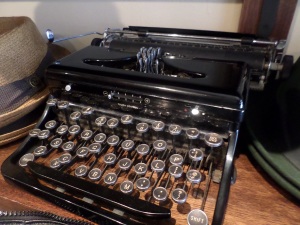 When I was a kid, when dealing with grown-ups, there was nothing that exasperated me more than to be told “because I said so!”

As an inquisitive child, trying to understand the world, I think I had a pretty good sense of cause and effect. When I asked “Why?” it wasn’t to challenge authority, it was simply to connect the dots to understand the motivation behind the grown-up’s answer to the preceding question.

I also think it was a disservice to shut down conversations in this way and deprive me of the opportunity to develop valuable negotiation skills and propose counteroffers such as “I’ll go rake the leaves just as soon as (insert TV show name) is over.”

On a personal level, when a conversation ended with “because I said so!” I sometimes felt hurt. I worked hard for the acceptance of grown-ups, and to not provide any elaboration seemed to discredit those efforts even though I am certain that there were times that “because I said so!” had nothing to do with me, but rather, other related circumstances. But that wasn’t always conveyed.

I vividly remember vowing that when I grew up, I would never shut down conversations with “because I said so!” To this day, I am pretty sure that I kept to my vow, but I know that there have been times I went too far the other way.

As I grew up, I developed a reflex for not only explaining an answer, but over-explaining. I partly blame the math teachers who always insisted on “showing your work”… Careful what you wish for!

I admit that as my reasoning and communication skills developed, my reasons may not have been air-tight, but hey, it was a process like everything in life.

My elaborations may have been a little generous. I was picking up on hints like, “that’s lovely André, but could you please get to the point?” or a more direct approach, “I don’t need your life story André, what is it?” While I may have circled the airport a few times too many for some, developing complete and detailed explanations remained important to me.

By the time I got into the work force, to my great delight, these skills were in demand for writing justifications and business cases. I could knock those out of the park with ease, having developed pretty sound skills for critical thought and providing multiple pages of excellent evidence-based reasons.

However, what works at work does not necessarily work in private life.

I realized that I was putting in way too much effort in formulating explanations for even the most innocuous of situations. Whether it was returns at the store, switching dental appointments or changing a commitment with a friend, coming up with detailed explanations was exhausting and I think I may have exhausted a few people along the way too.

In my defense, a detailed explanation gave me the opportunity to be tactful, diplomatic and sensitive to the other person’s feelings, and enabled me to let people down gently in any situation. I didn’t want to be seen as disrespectful or rude in the way that “because I said so!” seemed to me.

On the other hand, there were times when I truly listened to my gut’s emotional reaction and had a short and sweet answer that encapsulated my feelings in few words. Sometimes those were very successful.

You’d think that the school of “less is more” would have had more impact. However, by that point, over-explaining was so deeply entrenched in my being that it was a hard habit to break.

I found myself getting increasingly flustered when the pace of work was in high gear and I was blindsided with questions for which I needed quick answers without the luxury of a few days to come up with my usual detailed strategic response.

I was also frustrated when, despite my best efforts to provide a complete and logical rationale, someone at work would shut me down and say “No… because I said so”. You could see the smoke coming out of my ears when that happened.

I think I lost sight of the fact that not every situation called for that degree of detail. And in this ridiculously fast-paced world, the appetite for comprehensive logical explanations is just not always there. It was a lesson in getting to know one’s target audience.

It sometimes seemed that the short and crisp answer I was wanting to convey was getting lost in my verbal “briefing note” of reasons for why a neighbour’s dog should not be pooping in my yard or why my driveway wasn’t there for their convenience. Something kept getting lost along the way.

With the help of my therapist and a couple of really fantastic books*, offering a crisp, clear “No” became a lot easier. It wasn’t an easy process to get to that point. By tapering my responses gradually, seeing success and building confidence in realizing that indeed “less is more”, after a few months, I was even able to say no without a reason and still be able to sleep at night.

The trick was finding the right balance of knowing when a concise explanation was warranted and knowing when a crisp “no” was actually a valid response, and more importantly, to not feel regret after. With practice, things fell into place.

Funny enough, saying no without an accompanying reason may be, in a roundabout sort of way, a way of saying “because I said so!”, but at 55 years of age, time is too precious to formulate drawn-out reasons or explanations when they really aren’t warranted.

The bright side to this story is that developing complete and detailed explanations over the years was excellent training for creative writing. It allowed me to learn to organize my thoughts and aim for a coherent logical trajectory for storylines.

For that reason, I am deeply grateful for all those authority figures who may have said “because I said so!” at one point or another, and annoyed the heck out of me.

* The books I refer to are “The Subtle Art of Not Giving a F*ck” by Mark Manson and “You Are a Badass” by Jen Sincero. Together, these were a huge confidence booster.

Did you enjoy this post? If you haven’t already, please check out the rest of my blog at andrebegin.blog. From there, you can click on the “Follow” button to receive future posts directly in your inbox. Also, don’t be shy, feel free to tell a friend or to share the link.

Have a great day,