The Fear of the Truant Officer… Even at Age 51 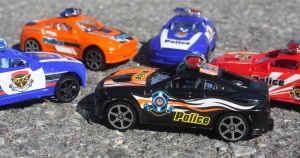 A couple of weeks ago, I had an errand that needed urgent attention, but trying to deal with it outside of work hours would have meant long line-ups. While it may have seemed like a no-brainer to most people, after 35 years of riding the bus, it still is not second nature to me to think that I can jump into my car and to run an errand at lunch time!

As I was driving around, I don’t know why but I had this feeling deep down inside that I was doing something wrong. I can’t quite put my finger on it, but it seems like a throwback to my primary school days when leaving school grounds was a no-no.

Picture it… Ottawa… 1974… two boys are playing in the schoolyard and one them tells the other, “Come on, I do it all the time. I’ve never been caught”. The faux-pas in question was the idea of leaving the school grounds to go to the convenience store to buy some candy. Of course I was the boy who needed a lot of convincing, as disobeying orders from authority figures was not second nature to me.

Let’s face it, having grown up as an only child, I could never get away with blaming a brother, a sister or a pet if something got broken. Even if I could attempt to blame the imaginary friend or just simply shrug my shoulders and say “I don’t know”, I was a horrible liar anyway. Between Mom’s glare that would extract the truth out of me without trying too hard, combined with the prospect of “wait til your father comes home”, the skills required for bluffing never became part of my wiring.

After much coaxing and the fact that recess was ticking away from my analysis paralysis, I decided to join him.

But what a mistake… the farther we walked, as I looked back and watched the school get smaller and smaller, I got increasingly nervous. I remember the knot in my stomach, the sweat on my brow and the increasing feeling of wearing my guilt like a neon sign on my forehead.

When we got to the convenience store, my friend had to do some more coaxing to even get me to set foot inside. “No, no, I’ll just wait here”, I said, somehow thinking that not going in would be seen as a lesser offense. But after a little shove, I found myself in the convenience store, checking out the many treasures. The weird part is that I don’t recall carrying money at age 9, so why the heck did I go in the first place?

When my friend got his fix of Sweet Tarts, I recall running back to the school yard as fast as I could, to be absolutely sure I would not get caught. We didn’t. All was fine. But I still knew that leaving the school grounds was not right. I swore I would never do it again.

Fast forward a few years, a different school, a different friend, but it was the same scenario and this time, I did have money on me. What was also different was that in this case, EVERYBODY was indeed doing it and that convenience store must have been making a gold mine in selling candy, chips and chocolate. But I still remember the day when the principal came on the PA system and in a very stern tone announced that it was forbidden to leave the grounds without prior permission from our parents. A puddle of sweat was forming around my desk as my guilty conscience surfaced. I swore I would never do leave the school grounds again.

Around that time, after school, the Global TV network was showing the “Little Rascals” (“Our Gang”) clips. Truant officers were the foil in some of the storylines. I could not help but think that one day I’d get caught at the convenience store by a truant officer and get hauled into jail for it. My life would be over. I swore again: I would never leave the school grounds.

In high school, that line became a bit blurry as we seemed to come and go as we pleased a bit more. I still don’t know if it was against the rules or not back then, but if a class was cancelled (or I had a “study period”) I remember occasionally leaving school early, without really batting an eyelash, no fear, no guilt and no convincing needed. It was my first taste of freedom.

I also fondly recall some lunches at McDonald’s with high school friends, from time to time, even though I remember constantly looking over my shoulder for the dreaded truant officer.
So why does that feeling still prevail today?

Even though I am a grown adult, free to come and go as I please, there is still some underlying nervousness about leaving the neighbourhood around my office for anything beyond a walk around the block. Could it be the fear of the truant officer still lingering after years of stern warnings?

Or perhaps, after taking the bus for three decades, I never could stray too far from the office (on foot) and that running errands at lunch time is new territory for me.
Either way, it will take some practice and maybe a little coaxing, but little by little, I am sure I will start shaking the reflex for looking over my shoulder for the truant officer… probably just in time for retirement.