The Language of Rural Life

Over the course of our first year following our move from the city to the country, it became apparent that I was lacking one asset: vocabulary.

For someone who loves words, who writes a weekly blog post and who aspires to become a screenwriter in retirement, who basically eats, sleeps and dreams about writing, how can that be?

The reality is that I grew up in the suburbs of Ottawa. And by suburbs, I mean outlying parts of the city, but leaning more toward the city than the country.

Up until last year, I hadn’t been fully aware of the differences, intricacies and nuances of language simply by moving from an urban to a rural postal code. As a result, the gaps in my lexicon have left my interlocutors with squints and raised eyebrows.

The first glaring problem was my inadequate ability to distinguish between conveyances.

For example, if I was ever arriving home a little late from an errand in a neighbouring village, I might say, “Sorry, I was stuck behind a slow-moving truck on the highway.” My partner realized that I used “truck” for just about any vehicle that didn’t qualify as a car, as I later used the term to also describe every type of construction vehicle that ran across our lawn when we built our garage.

Upon realizing that “truck” was pretty vague to someone born and raised in the country, I adopted the expression “agricultural vehicle” as a seemingly more accurate catch-all term for farm vehicles. At least that would distinguish the conveyance from let’s say, a pick-up truck, a dump truck or a tractor trailer hauling “stuff” (which I should also more accurately describe as goods, crops, livestock or building supplies, as appropriate). END_OF_DOCUMENT_TOKEN_TO_BE_REPLACED

When Your Feline Friend is Chatty Catty

When I first met Ivy, she was sitting in upper bunk of her cage, supervising the goings on at the pet store, like a queen on her throne overseeing her subjects.

She wasn’t terribly responsive to my first attempts at getting to know this beautiful rescue cat. She just looked at me and didn’t say a word, which seemed a little odd compared to the other recue cats who either sniffed me or stuck their paws out of the cage as if to say, “Take me home!”

The same thing happened on my second visit. I thought to myself that maybe she was a little shy or perhaps just calm, cool and collected. Either way, that was OK with me and perhaps what I needed in a cat.

After a couple of days of thinking about it, I called the pet store and asked if she was still available. She was. I asked if she was always this “chill”. They said she really was that mellow and, in their observation, didn’t seem nervous about anything, even other cats and dogs visiting the store. I told them that I thought she was “the one” and that I’d pick her up after dinner.

The minute she was in the car, everything changed. END_OF_DOCUMENT_TOKEN_TO_BE_REPLACED 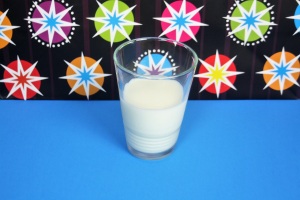 Do you remember those childhood days when adding “… and a half” to our age was of critical importance? I was watching a TV show recently where they interviewed a young star who was asked how old he was. When he added “…and a half” it took me back. Waaaay back!

I can’t remember exactly when I started, but I recall adding “… and a half” to my age since the beginning of the school years when fractions were first introduced. “What a great invention!” I thought.

When I place myself back in childhood, I remember always being one of the shortest kids in my group of friends and when grown-ups would be guessing my age, they were always on the younger side.

While I’d like to think I’ve acquired better social skills since then, at the time, I did not hesitate in correcting those crazy grown-ups by telling them exactly how old I was. It seemed like adding “…and a half” proved them even more wrong.

In my 20’s, as my career was just starting, those halves would still show up from time to time in response to how many years I had been in the work force or how many years I lived in that first apartment, but the halves started losing their importance and fading from vocabulary. END_OF_DOCUMENT_TOKEN_TO_BE_REPLACED