The Language of Rural Life 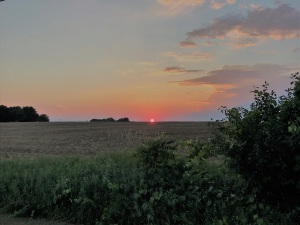 Over the course of our first year following our move from the city to the country, it became apparent that I was lacking one asset: vocabulary.

For someone who loves words, who writes a weekly blog post and who aspires to become a screenwriter in retirement, who basically eats, sleeps and dreams about writing, how can that be?

The reality is that I grew up in the suburbs of Ottawa. And by suburbs, I mean outlying parts of the city, but leaning more toward the city than the country.

Up until last year, I hadn’t been fully aware of the differences, intricacies and nuances of language simply by moving from an urban to a rural postal code. As a result, the gaps in my lexicon have left my interlocutors with squints and raised eyebrows.

The first glaring problem was my inadequate ability to distinguish between conveyances.

For example, if I was ever arriving home a little late from an errand in a neighbouring village, I might say, “Sorry, I was stuck behind a slow-moving truck on the highway.” My partner realized that I used “truck” for just about any vehicle that didn’t qualify as a car, as I later used the term to also describe every type of construction vehicle that ran across our lawn when we built our garage.

Upon realizing that “truck” was pretty vague to someone born and raised in the country, I adopted the expression “agricultural vehicle” as a seemingly more accurate catch-all term for farm vehicles. At least that would distinguish the conveyance from let’s say, a pick-up truck, a dump truck or a tractor trailer hauling “stuff” (which I should also more accurately describe as goods, crops, livestock or building supplies, as appropriate). END_OF_DOCUMENT_TOKEN_TO_BE_REPLACED