10 Things You Must Never Do at a Comedy Show 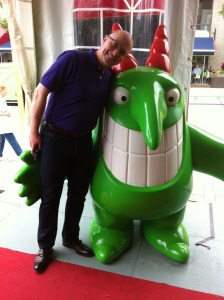 Over the years, I have had the great pleasure of attending many stand-up comedy shows. I have always been a firm believer that laughter is the best medicine and that a good dose of belly laughs can be a welcomed break from the seriousness of the world.

I have been most fortunate in being able to catch a few shows a year, whether they featured major icons of comedy or rising young stars who were able to successfully guide us into taking a step back and have a chuckle at the silliness that surrounds us.

Either way, I am most grateful for the artists who have the knack for telling a funny story and made a few hundred or a few thousand people laugh. It’s an incredible talent and a joy to behold!

To me, the show that will always be remembered most fondly is a Just for Laughs Gala in Montreal hosted by the legendary Joan Rivers, a couple of years before her passing.

But over the years, I have had many eyeball rolling moments at audience members. I often ask myself if they’ve ever been to a comedy show as they seem to break every unwritten rule about attending a comedy show and in some cases, annoying the rest of the audience.

To help set the record straight, here are my suggestions of things you should NEVER do at a comedy show: END_OF_DOCUMENT_TOKEN_TO_BE_REPLACED

Not too long ago, I found a joke on social media that started with “I asked the librarian for…” and ended with a funny one-liner.

I am not sure why it struck a chord like it did, but it set my brain on an endless loop, trying to come up with one-liners of my own. While I certainly wouldn’t categorize myself as a comedy writer, I had a lot of fun with “I asked the librarian for…” as a writing prompt. This is the result: