Where Have All the TV Theme Songs Gone? 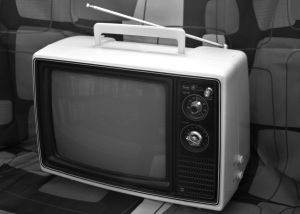 This season, the American television network “The CW” launched a reboot of the favourite 1980’s prime time soap “Dynasty”. In watching the very first episode, I was delighted to see several nods to its original series, including having kept its great orchestral theme song. The only thing was that it was a much shorter version of it.

Similarly, Netflix has recently rebooted “Queer Eye for the Straight Guy.” Again, a really unique theme song, but chopped down to just a few bars of its original.

Have you noticed how the opening themes for many American TV shows have gotten shorter and shorter over the years? Now, some shows don’t even have them at all.

If I mentioned the names of program like “All in the Family“, “Golden Girls”, “Three’s Company”, “The Brady Bunch” or “Gilligan’s Island”, even if you weren’t a huge fan, I’m sure many of you would be able to recite a few words if not the whole theme song.

These theme songs became deeply entrenched in our pop culture, and some have become synonymous with the decades when the shows originally aired. In doing so, they also became entrenched in our hearts and minds.

What would have become of “The Mary Tyler Moore Show” with a theme song about a messy breakup instead of the inspiring words about making it after all? END_OF_DOCUMENT_TOKEN_TO_BE_REPLACED